Produce a series of diptych portraits, the images must individually tell a story about the subject and be accompanied by a still life image of an object that links to the portrait. The subjects of the photographs to be of people from different generation other than students, either younger or older.

The photographs of objects to accompany the portraits should represent, reflect or symbolise something about the individual in the portrait photograph.

The photographs can be colour or B&W, any size film or digital image, studio or on location, using flash or studio lighting.

Portraits of the elderly generation. I want to try and capture their character, expression and joy. The intention is to photograph faces that have personality, wrinkles and blemishes that time has imposed. I wanted to take close cropped photographs of their faces so that the viewer focuses on their face. I considered taking portraits in a scene or environment that is a component of the composition but discounted the idea because I thought it would detract from the diptych, there would be a second image of an object to compliment the portrait, I did not want too much going on from the final compositions. The lighting effect I wanted to be bright and but not harsh or produce a flattening of features.

The second photograph of the diptych was of an object or item that symbolised and reflected the individual in the portrait and their time in life.

I wanted each photograph to work on its own, the portraits to be engaging, but also I wanted a theme, something to pull the series of photographs together. I used paper party crowns from crackers as a prop to do this. Each paper crown worn was a different colour rather than the same colour worn by all. The paper crowns were to give the idea that they are all enjoying themselves together as if at a party.

The photographs were to be in colour, but with muted tones, reduce the vibrancy. The change and fading of the colours to signify their twilight years.

Did I have to change any of my original idea?

I revised my original idea and adapted to B+W photographs of elderly ladies, (see Final Piece Idea 2. Development of idea of Black & White photography). I performed some test shots of two elderly ladies. The photographs were missing a warmth or sense of story, they were cold and anonymous. I was also not sure how I could introduce a second photograph of an object that would work in with the B+W portraits.

How I created these images

I created these pictures using a digital SLR camera. The photographs were taken in RAW format so that I could easily pull them into Photoshop and manipulate the pictures in Photoshop.

I used a single studio lamp light bounced of an umbrella to act as the main light source. The brightness was turned down because I did not want to ‘bleach’ the flesh tones or blind the ladies with a strong intense light. The benefit of the studio lamp was that the illumination was constant to take the photos and similar to natural light. I also used a reflector to bounce light on to the face to reduce the shadows created by the studio lamp.

I photographed four ladies in turn. The ladies that were able sat in a positioned chair, for two ladies in wheel chairs they moved themselves into position. Each was asked if they were happy to wear a paper crown, and each agreed. I adjusted the lighting to shine where I wanted it strike their face. I worked around each lady taking photographs from various angles, trying to work as quickly as possible so that each person did not get tiered or bored because I took too long. I also chatted with the ladies to help put them at their ease and to try and distract them from being photographed.

For the objects I choose several items that I felt reflected the ladies characters and enhance the portraits. I created a white table and placed in turn a coloured paper crown, upon the crown I placed an object. I used a white table with the hope that some light would reflect up and through the paper crown to give texture and subtle shading to the flat coloured crown. I also used a bright LED beam of light to focus and shine down on the objects also positioned at a variety of angles to the object. The light was moved around and the intensity altered to see what effects it had on the object, create highlights on the objects, to try and make the glass marble sparkle. To illuminate the bright watch face, create light and shadows that emphasise the name tags. Highlights and creation of depth on the model boat.

The camera settings for the object photographs were all different:

The RAW format files for the portraits and the objects were taken into Photoshop and manipulated. The brightness, contrast and levels were adjusted for each image. The saturation was reduced to give the required pale and faded quality of light. The portrait and objects were paired up and each adjusted to be of similar shades and light and colour quality. Then all the paired images were adjusted to be of similar pallet of colours and vibrancy.

The window to convert the layer to B+W is displayed. Change the colour levels to the following 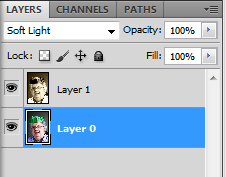 I believe that this series of pictures has worked well this is because I have managed to add character and warmth to the pictures using party crown hats. The crowns worn symbolise the rejoicing and celebration of their lives. The composition style and imagery is similar that also ties the photographs together.

There is a link between all the portraits of the paper crowns, it gives the group of portraits a cohesion. The reduced saturation of colour to all the photographs to give a vintage look and feel. The reduced saturation gives a lightness to the photographs, similar to a sepia tinted photograph. A less intense colouration of a ‘normal’ colour saturated photograph. This style complimented the aged nature of the subjects the fact these ladies were from an earlier generation. The images are in an old photographic style sympathetic for an elderly generation of people. The ladies are in their sunset years.

The ladies all were genuinely happy to have their photographs taken.   It was a change for me and the ladies from our usual routines, we all had fun taking the photographs and talking. I think the enjoyment we had is captured in the portraits, you can see a mixture of expressions, reflective and happy. The paper crowns give the photographs a lift, a sense of fun and humour.

The fob watch with no hands that symbolises the long lifetime, and like an old watch the body is starting to break down.  The marble that contains bright speckles of light within it that shows they still have a sparkle within them.  The name tags of signifies friends and family members that are not around or have passed away. The traditional fishing boat that symbolises traveling and journeys or adventures that they have undertaken in their past.

The overall collection of portraits I believe show a gentleness and warmth of the ladies, they are all still young at heart and enjoying life, this can be seen in the collection of images.

How can I improve these pictures?

I am really pleased with these pictures. I was conscious that I did not want to over stay the kindness and good will of the ladies. I would have liked more time with the ladies to try different lighting, possibly altering the studio lighting to enhance the contrast of light and shadow on their faces.

I would have also liked to try a black background in a darkened room and tried to create a more atmospheric or moody Rembrandt style portraits using studio lighting.

NOTE: The photographs ave been printed A3 for display and A4 copies in my course work folder.  The details of each photograph have been included as part of a record of the work.